On Tuesday, 19 November, some unfortunate circumstances meant that we needed to deploy PA9779H, a Scania K230UB spare bus, on route D1.

Route D1 is unique in that it stops twice at COM2 in a single trip. So buses typically use the electronic display signage (EDS) to display either “BIZ>UTown” or “UTown>BIZ” for the direction of travel. But what to do when the spare bus you’re forced to deploy has no working EDS? PA9779H’s EDS has not been working properly for a few months, which is why it was relegated to the last-resort spare. 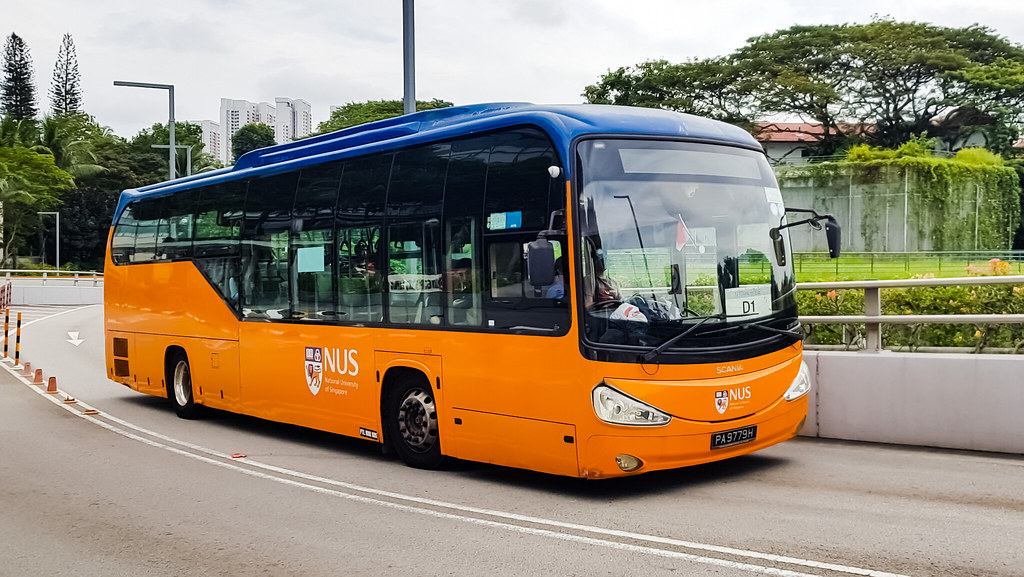 Fortunately, as it turns out, there is actually a long-lost D1 route board featuring the two directions! However, it has been in storage for a while (unlike the D2 board which is used more often), and did not see the light of day until this emergency deployment. I suppose in the past, whenever a D1 bus’ EDS malfunctioned, they would swap it out for another – Tuesday’s case was unexpected indeed.

One direction of the board shows the direction of travel as “OPP HSSML > COM CEN > UTOWN”, corresponding to the first half from Business to UTown. “COM CEN” refers to the Computer Centre, now renamed NUS IT. 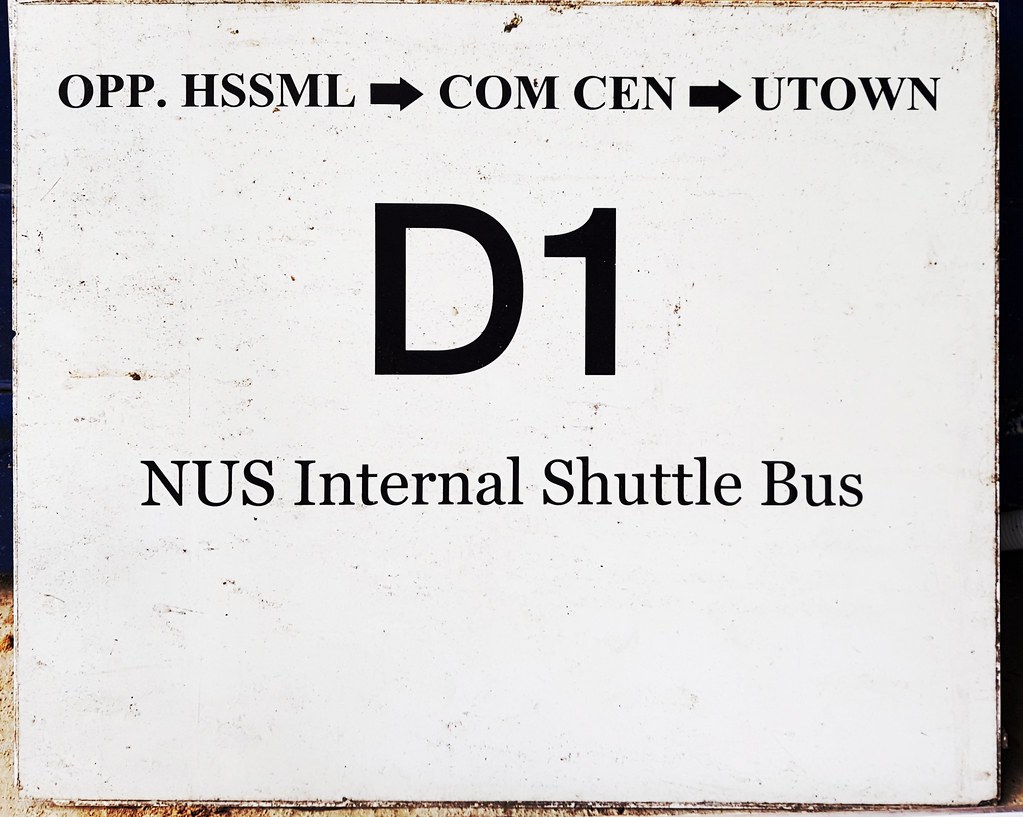 The other direction of the board would presumably have read “UTOWN > CEN LIB > BIZ2”, corresponding to the journey from UTown to BIZ2, but has been taped over in silver for unknown reasons. Thankfully, some quick thinking led to “UTown>BIZ” being scribbled over the tape with a marker. 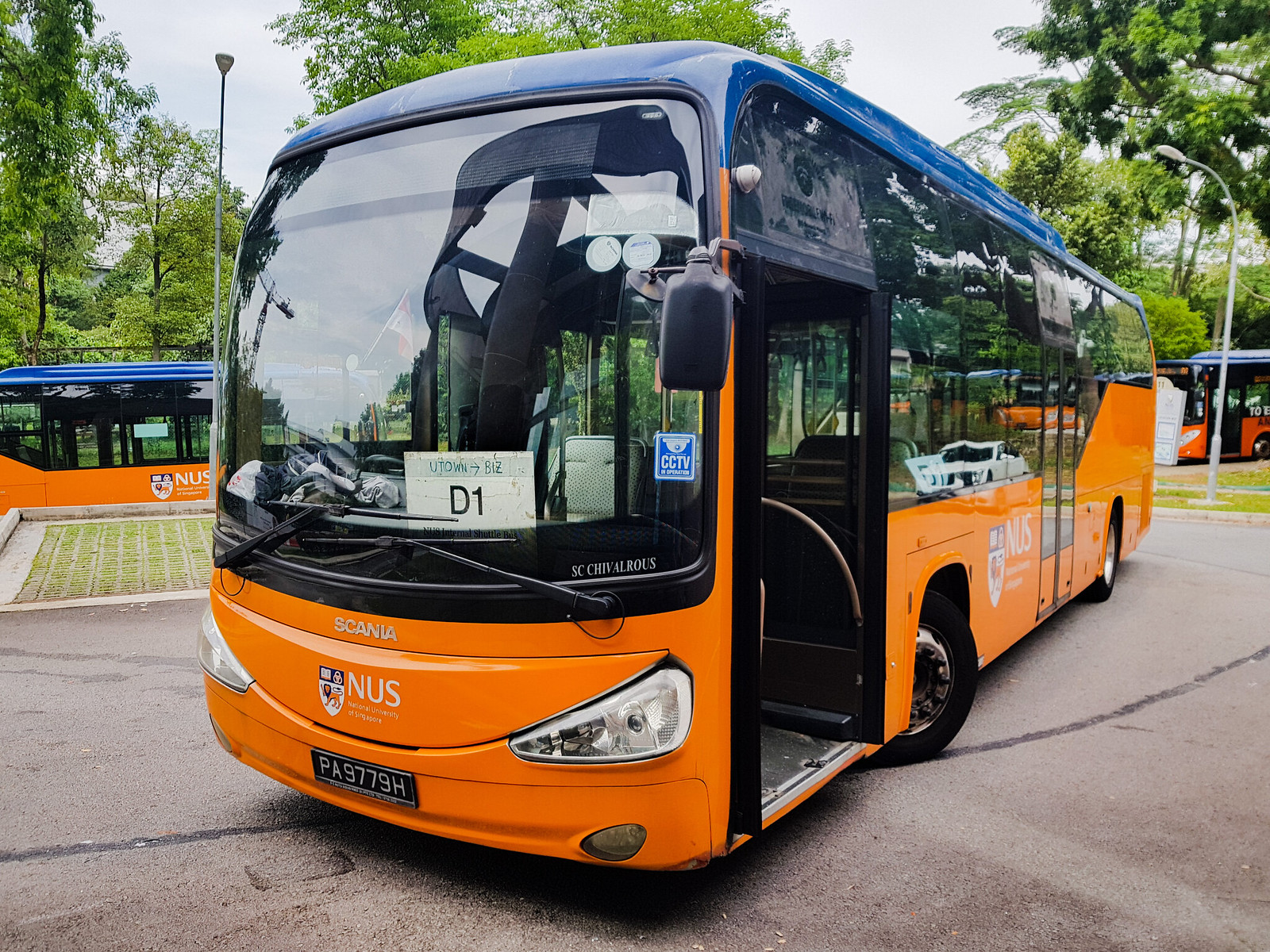 This resulted in a rather unexpectedly nostalgic journey – for all I know, the board was last used in 2014! 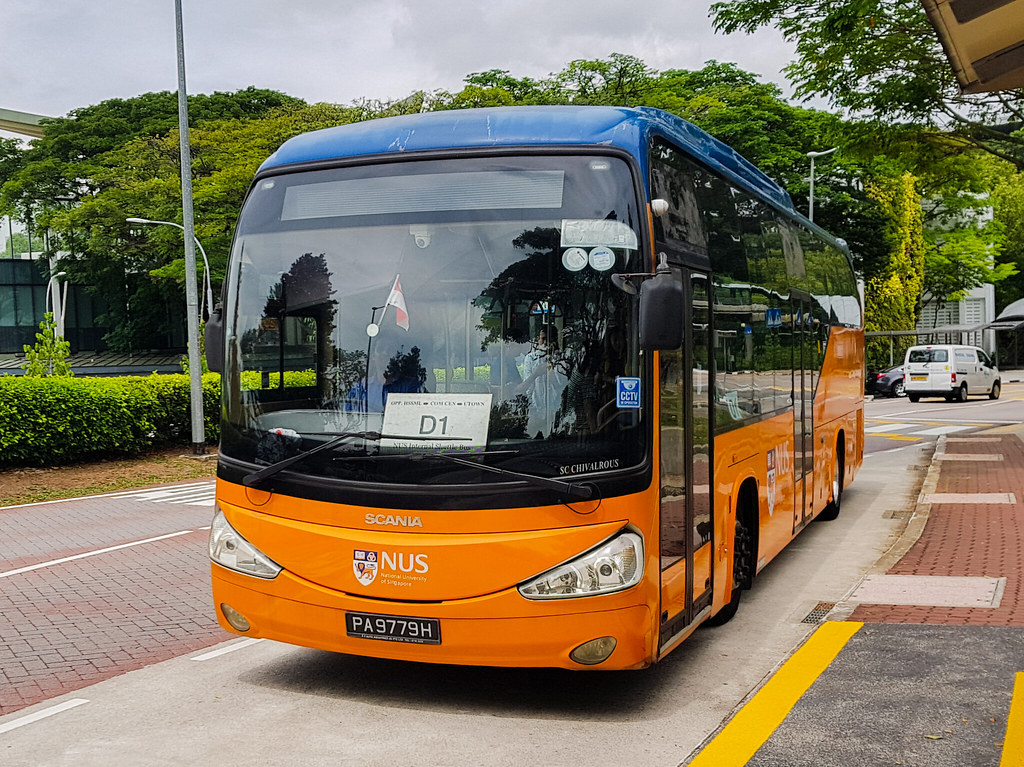 The sight of PA9779H proudly displaying its D1 route in the dashboard forms a nice complement to when it was deployed on D2 last semester. 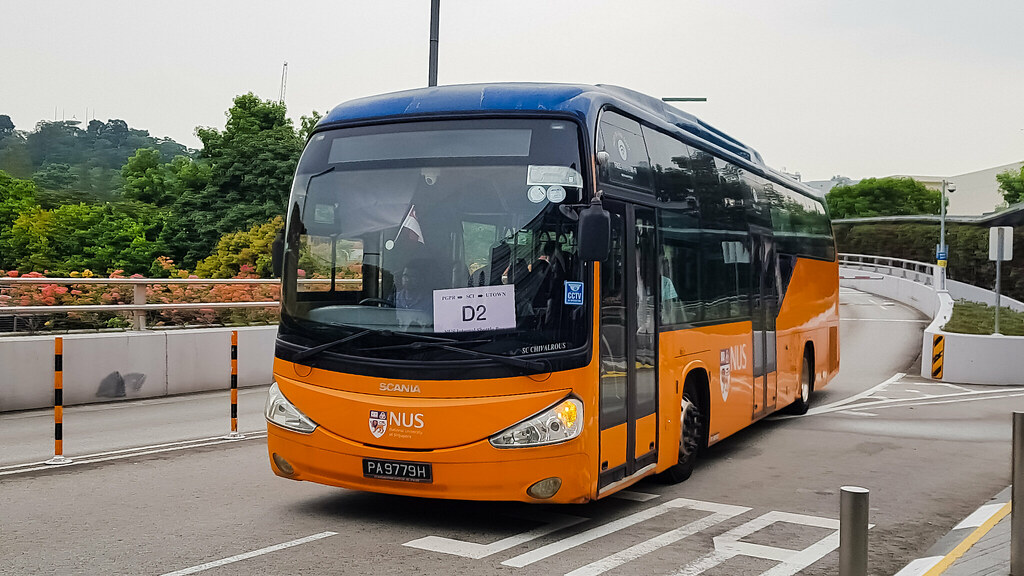