Now that the NUSmart Shuttle has entered passenger service, operating as Route AV1, I can finally disclose views of the interior, and some of the special features the bus has! Since the launch of the service, I’ve managed to experience the ride several times, and I can attest that the vehicle is smooth, safe and quiet.

For a review of the exterior, check out this piece where I chased the bus on an e-scooter.

The interior layout of the bus is very similar to, and has been likened to, a “road-going cable car”. Seating inside the NUSmart Shuttle is for six passengers, facing each other. There are three forward-facing seats and three backward-facing seats, all equipped with seatbelts for safety. During the ride, the Safety Operator will request that students wear the seatbelts. 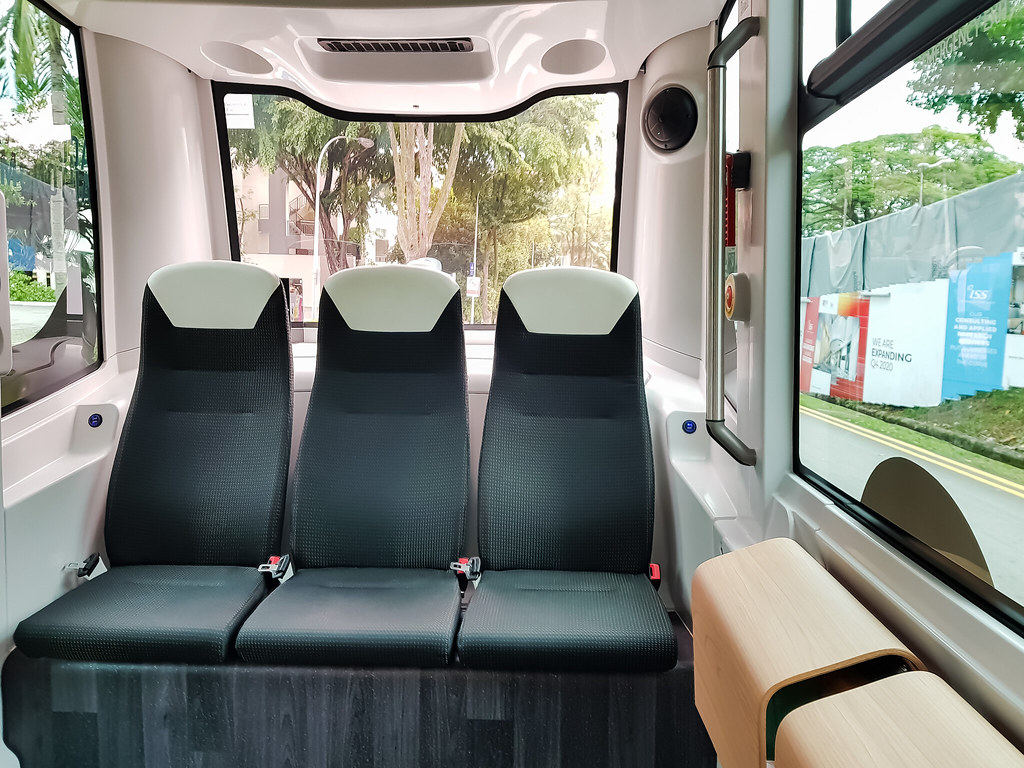 As seen in the picture above, the NUSmart Shuttle is fully equipped with vertical grabpoles for seated and standing passengers, as well as wooden-panel perch seats (similar to those panels in the Downtown Line) for standing passengers to lean on.

Fun fact: the NUSmart Shuttle is actually equipped with USB charging ports, for the convenience of passengers. They are located near the armrest areas of the four corner seats. 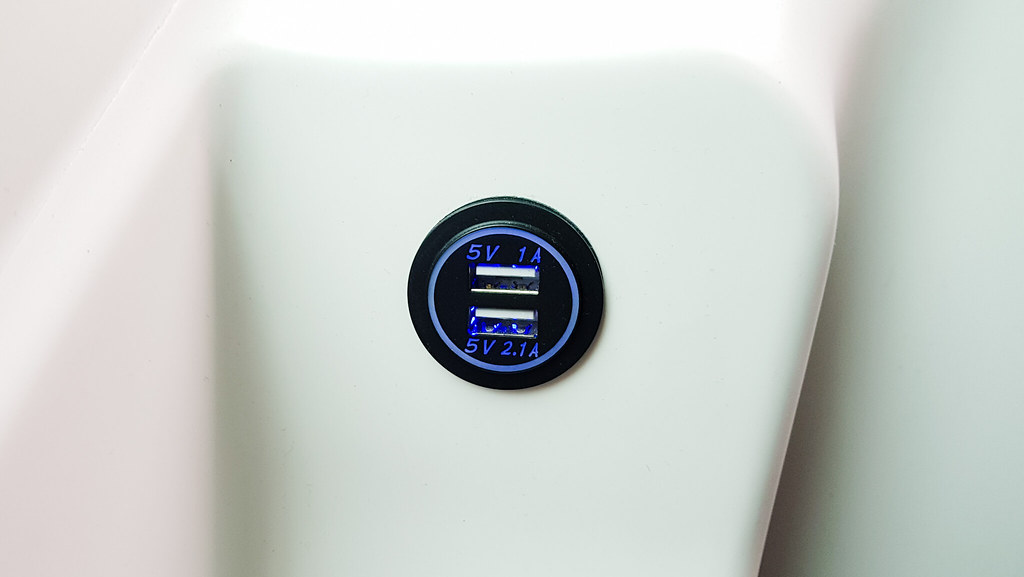 The design of the USB ports is very similar to the ones used in MAN branded public buses (the lush green ones with phone charging capability). The ones in the NUSmart Shuttle, however, seem to work much more reliably.

Looking up from a seated position, we can see that there are handholds for two more standing passengers, as well as a Passenger Information System that can display information via audio and video (speakers are on the pillars). 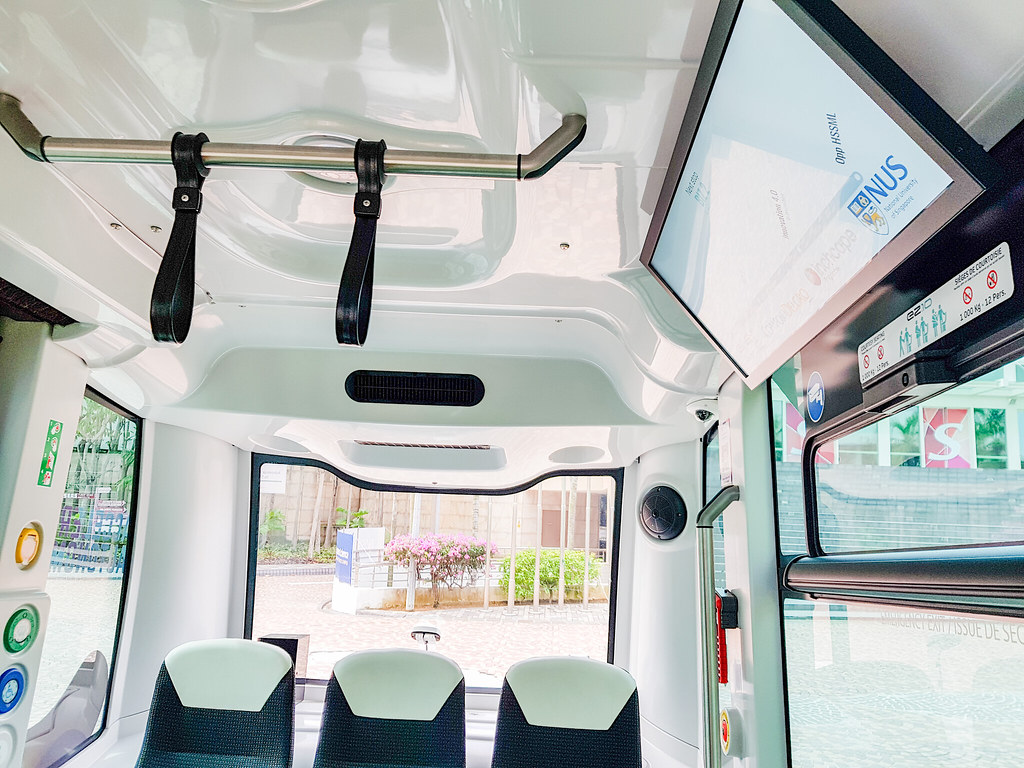 As the vehicle is also designed to operate in cooler climes, the window is designed as a “hopper window”, meaning it can be opened to let fresh air in. This being Singapore in the tropics, however, this feature is obviously disabled.

The various information stickers around the NUSmart Shuttle are also printed in both French and English, as the vehicle’s origin is France – EasyMile is a French company.

Located above the window is a next-generation Passenger Information System (PIS). While the vehicle is in transit, it displays all the stops on the route, as well as the expected time taken to the stop. 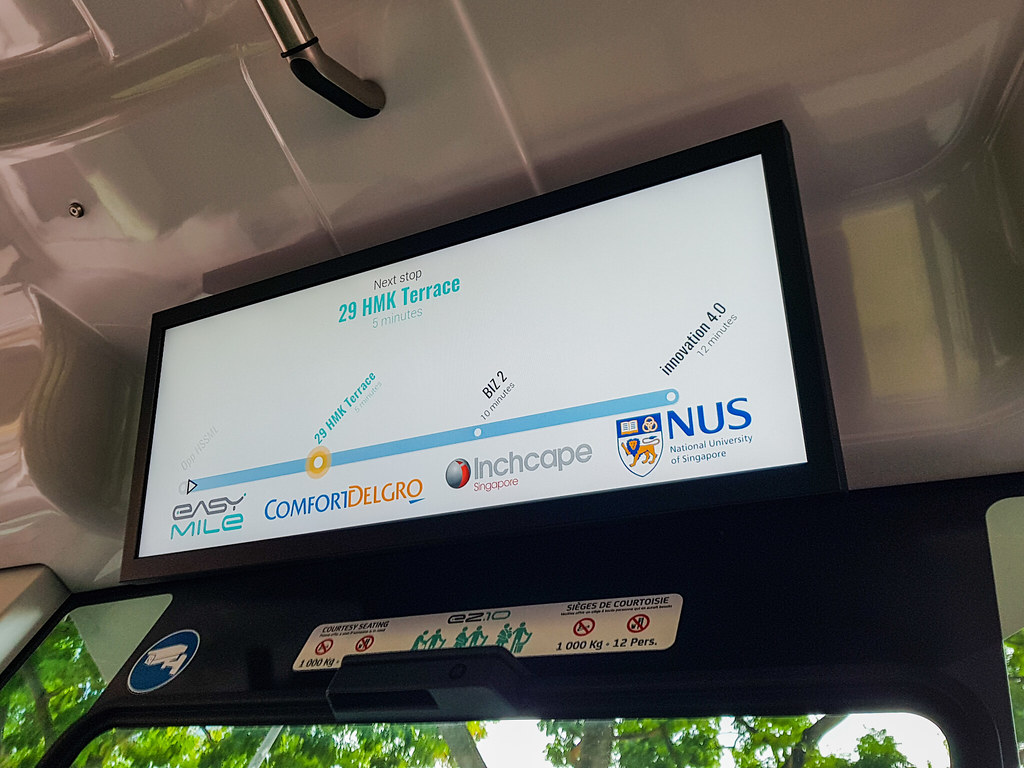 While the NUSmart Shuttle is stopped at a stop, the PIS displays the stop name as well as the next stop – useful in orientating passengers at a glance as to the direction of the bus. 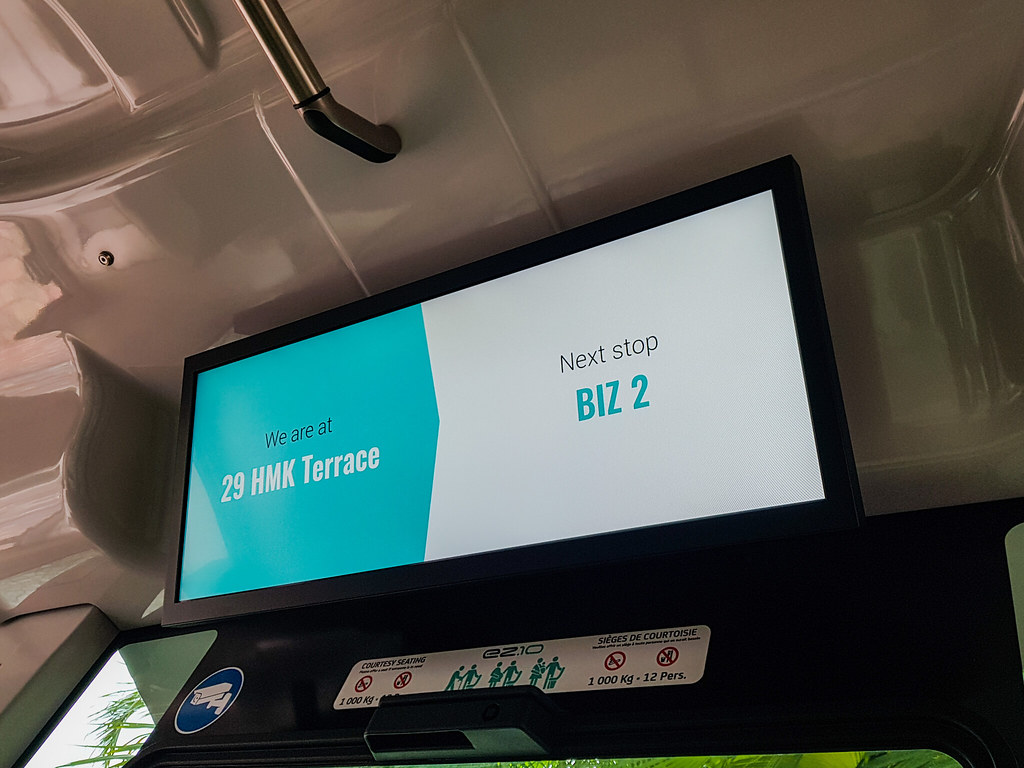 Finally, there is an automatic wheelchair ramp with a maximum weight of 350kg. During the times I helped out in testing of the NUSmart Shuttle, this ramp was not deployed. However, in its stowed form it is just visible in this photo, being the red and white striped panel below the door. 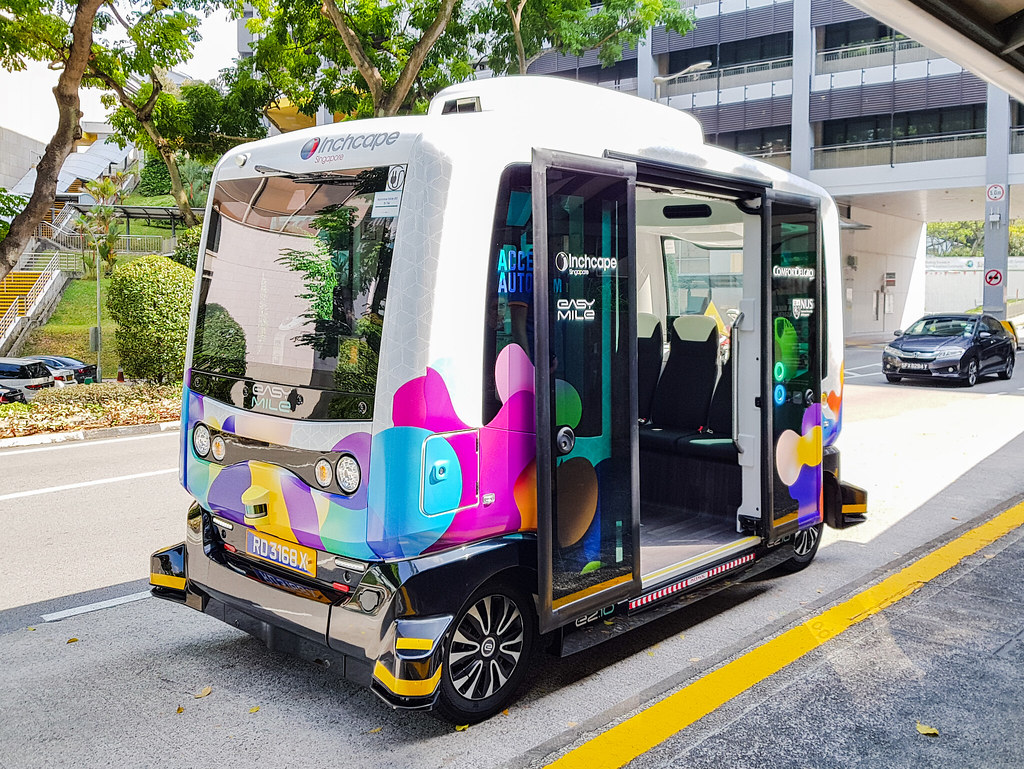 That’s all for now – if you want to check out this cool vehicle for yourself, check out Service AV1 on the NUS NextBus app to find out when you can board!