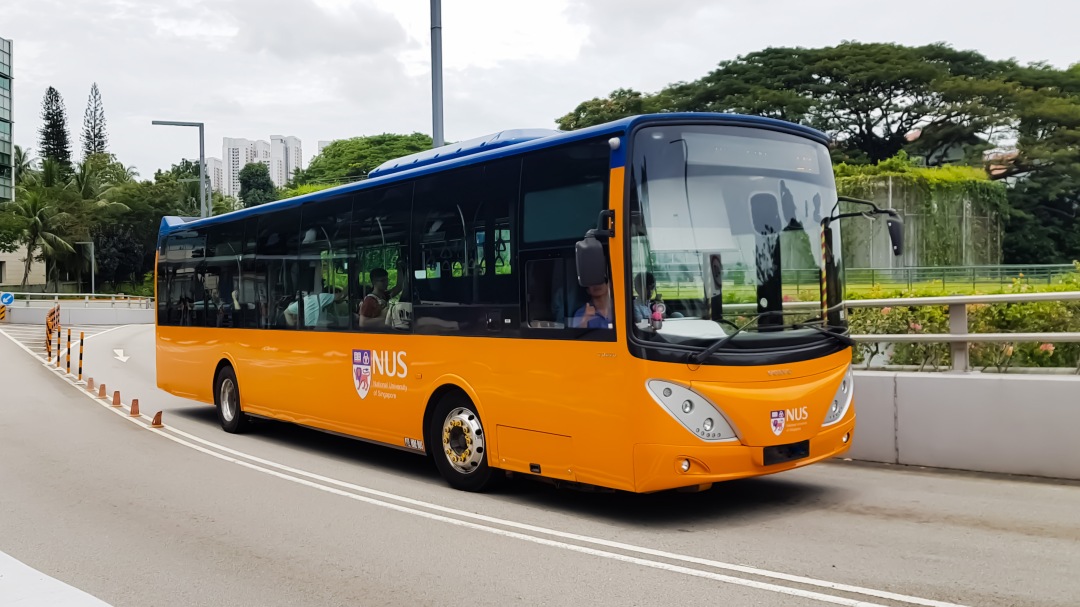 While AY21/22 saw the introduction of a brand new ISB network, it also saw another new addition to the ISB landscape: a Directions feature in the NUS NextBus app.

The New ISB Network was the third network in three consecutive semesters, as July 2020 saw the pre-existing network replaced by the Zoned Network, while December 2020 saw it reverted. This meant that students who matriculated in AY20/21 have been through three different networks with one for each semester of study!

To help students and staff find their way around the network and raise awareness of the best routes to take, a Directions feature was added in an app update in end-July 2021 and publicised with the following banner inside the app.

To use the feature, just tap on the “Directions” tab and input the start and end locations by choosing from a list of buildings in and near NUS. Recommended routes displayed will also show the minimum expected time for the journey, which incorporates the estimated waiting time for the bus.

Tapping the dotted arrow below the estimated time will bring up a map view with only the portion of the route that you will be travelling on highlighted. You can also see the location of the buses currently travelling on the route – this screenshot was taken on a Sunday, which is why there is only one A1 visible.

If the route that you are searching for is not in operation at the time you are searching, you will still see the direction suggestion but the route colour and journey time (which has no estimated wait time to incorporate) will be greyed out. All other functions will still work. The following screenshot was taken on a Sunday, when BTC does not operate.

Hopefully, the new Directions feature will benefit commuters especially in light of the network changes. Many changes made in the New ISB Network were made in order to give passengers a shorter journey by using a path where they might previously have needed to transfer. Thus, I recommend all students give the feature a try to find out newer and better routes that they can use on their commutes around campus.