Some time ago, I discovered yet another set of route boards, meaning that I’m coming closer to accounting for the signage of all the services!

It was stashed away in a bus as a backup for when the electronic signage fails, meaning it’s actually on standby for front-line use, unlike the route D board I saw previously which is definitely disused (or shall I say, off service forever).

Over the course of riding buses in NUS, whenever a bus needs to display something analogue for A1/A2, I’ve encountered original A1 and A2 signage as well as A1E and A2E signage with the “E”s taped over in green. This board, however, was different. 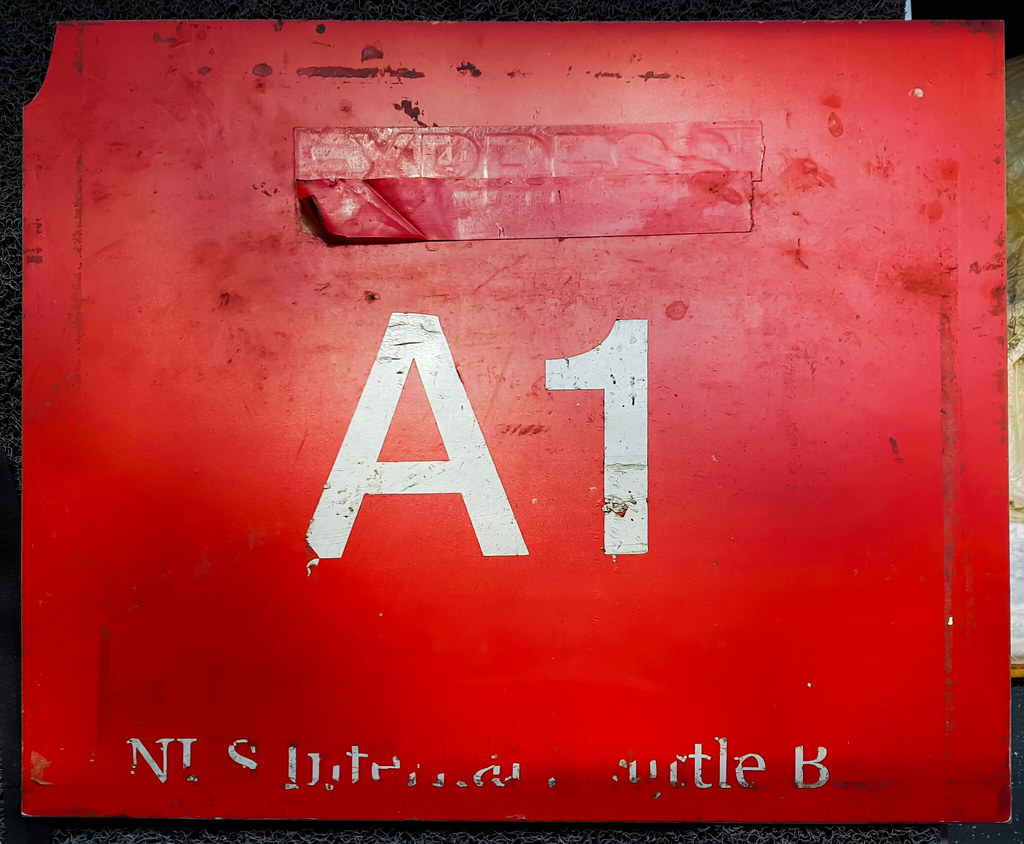 On the surface, it appears to be yet another sign with red A1 on one side and yellow A2 on the other. However, closer inspection reveals that instead of the waypoints, the top of the board is actually the word “EXPRESS” taped over. 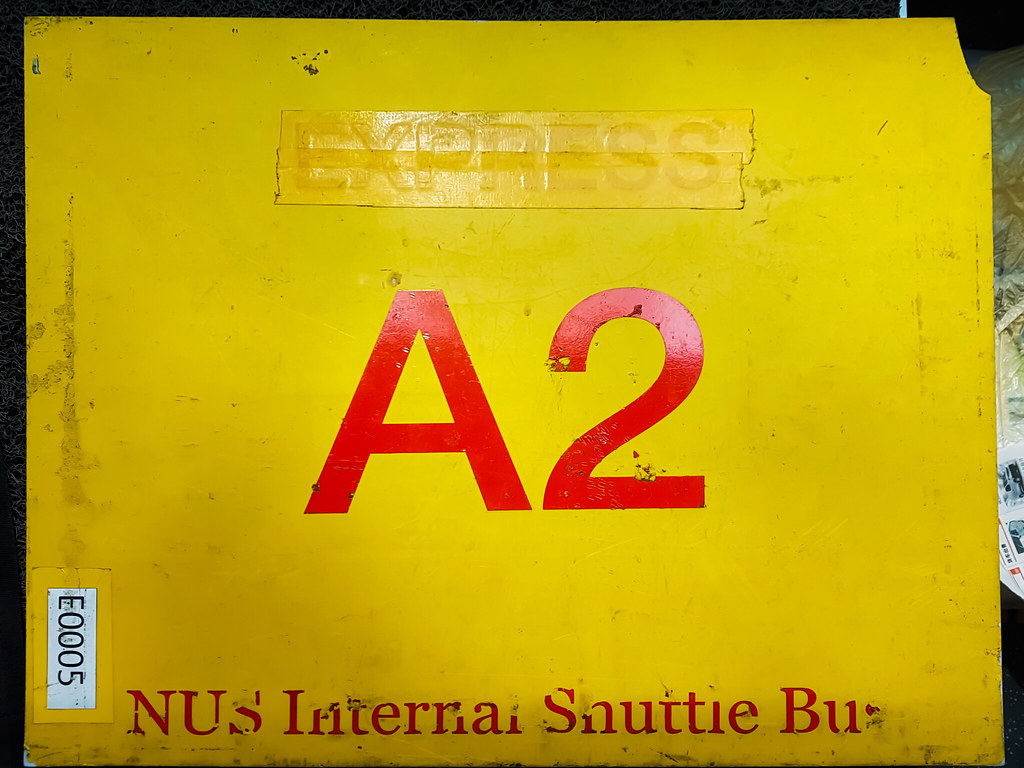 Express A1 and Express A2 are the forerunners to today’s A1E and A2E services. Unlike what we think of express services today, these Express A1/A2 services did not skip any stops. Instead, the word “Express” was used to refer to buses not laying over (having a break) at PGP, but continuously travelling around NUS.

Since the Express A services were introduced in 2011, this clues me in that either a) the “full board” design did not cease to be produced in 2010 as I thought, or b) old full boards were reused by having the lettering stripped from them, even as new half-boards were produced. For more, see the history of route signage on my blog.

This initiative began on 10 October 2011, alongside the opening of Kent Ridge MRT, involving a few buses that ran during peak hours. Only a small proportion of A1 or A2 buses were Expresses. This lasted until 4 August 2013 when it was scrapped due to low effectiveness and immense difficulties in implementation due to the lack of breaks. To find out more about the route, refer to the history of the A services here. But to find out why this was difficult to implement, and could not continue sustainably, check out “A Bus Is Not A Train”.

Nevertheless, the idea of running through-services that pass PGP without breaking the trip is interesting. I think such a service would definitely connect Business or SoC students with Kent Ridge MRT or even Faculty of Science better, and reduce crowding between Kent Ridge MRT and CLB.

Currently, students heading from Business towards Science have the option of taking A1>A1/D2 as an alternative to the long A2 trip, but not much in the opposite direction. They also have to make a transfer.

If the network were to be re-planned, and this were made possible, I foresee a much better distribution of loading across all the sectors of A1/A2.