Yesterday, all three of our Scania K230UBs were deployed on service due to multiple bus breakdowns.

Inside one of them, I discovered a stunning sight, hidden in a corner behind the driver’s seat. 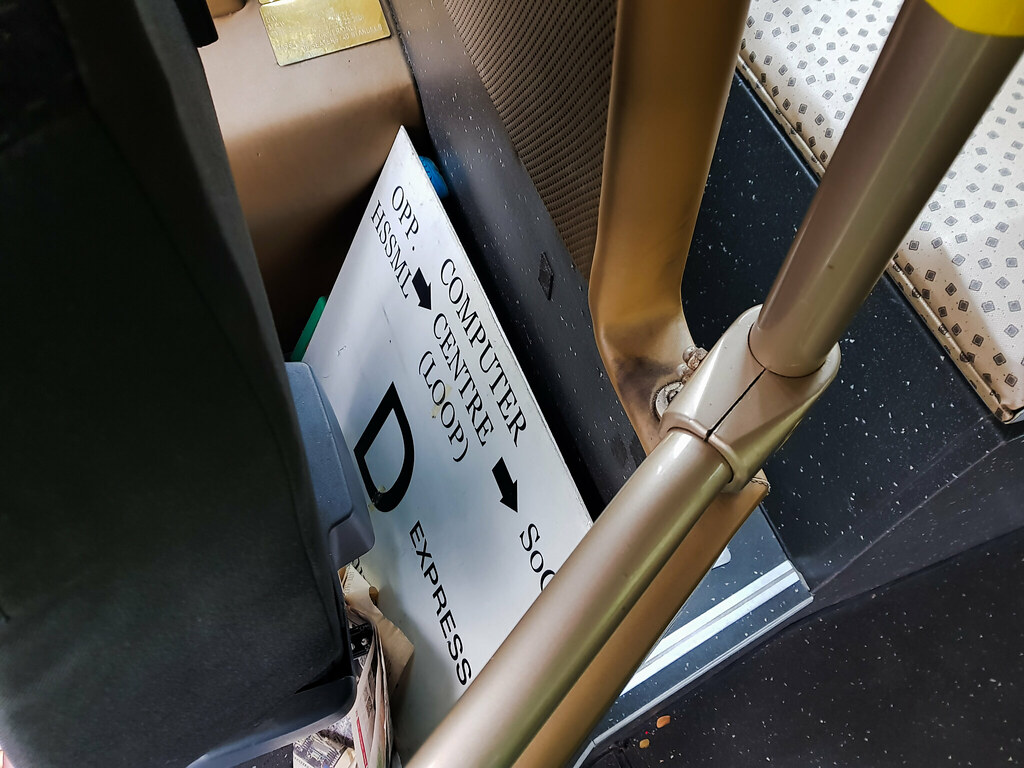 This piece of plastic is a route signboard for the original Service D, ancestor of today’s services D1 and D2. Based on the stops listed, it dates back to 2006! Back then, the route of D was an express from Business/Arts to Science and back. Some stops that did not serve faculties were skipped, hence the “EXPRESS” wording.

The design of this board conceptually follows that of A1 and A2, with the important bus stops linked by arrows, and the entire board being a single colour. I have no idea why the stop in the middle is labelled with (Loop).

After having seen pixellated low-res photos on the internet, I concluded that the route D boards were either plain paper, or black words on a hard white background. So I was pleasantly surprised to realise that the board was actually finished in an interesting shiny silver colour, with a different texture from all the other 2006 route boards.

The first side of the board, which would have been shown by buses exiting Carpark 11, shows the route as “Opp HSSML > Computer Centre > SoC”. 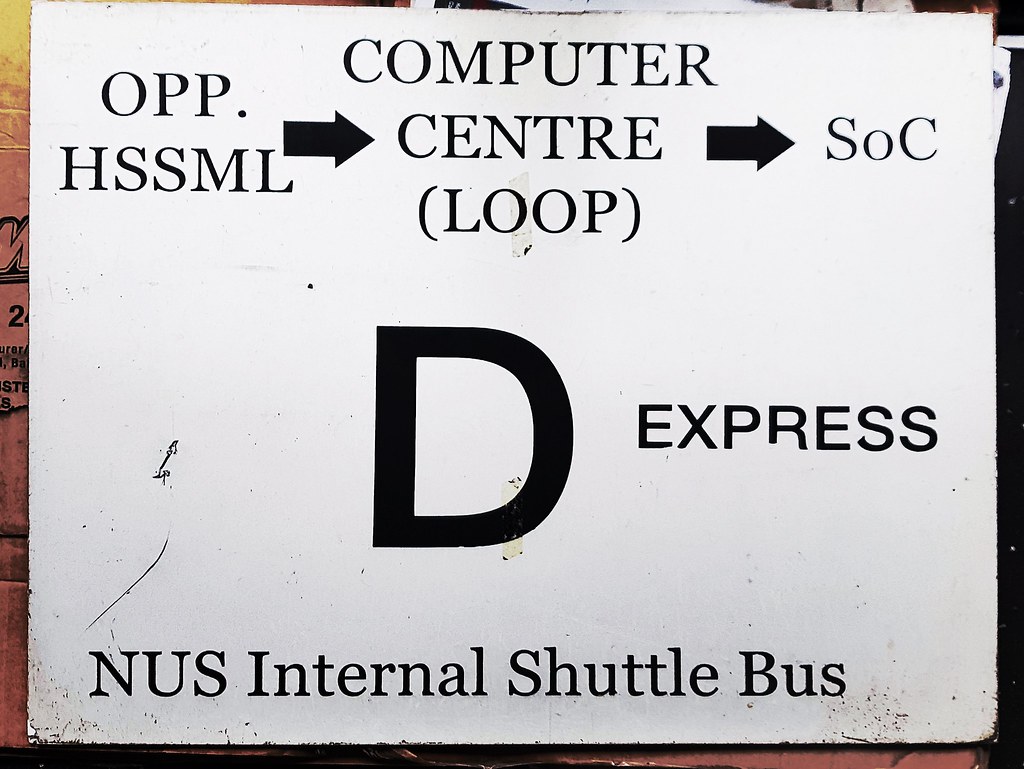 Opp HSSML still exists today, as the first stop on D1, serving Business and i3 students. Meanwhile, the Computer Centre has been renamed to IT, together with the building it’s named after. SoC here refers to the current Block S17 – it was the old home of the School of Computing, before it relocated to its current home at Carpark 13 (COM1/COM2).

After the bus reached S17, it would U-turn and pick up passengers, and the driver would also flip the board around to show this other side, “LT29 > Central Lib > HSSML”. 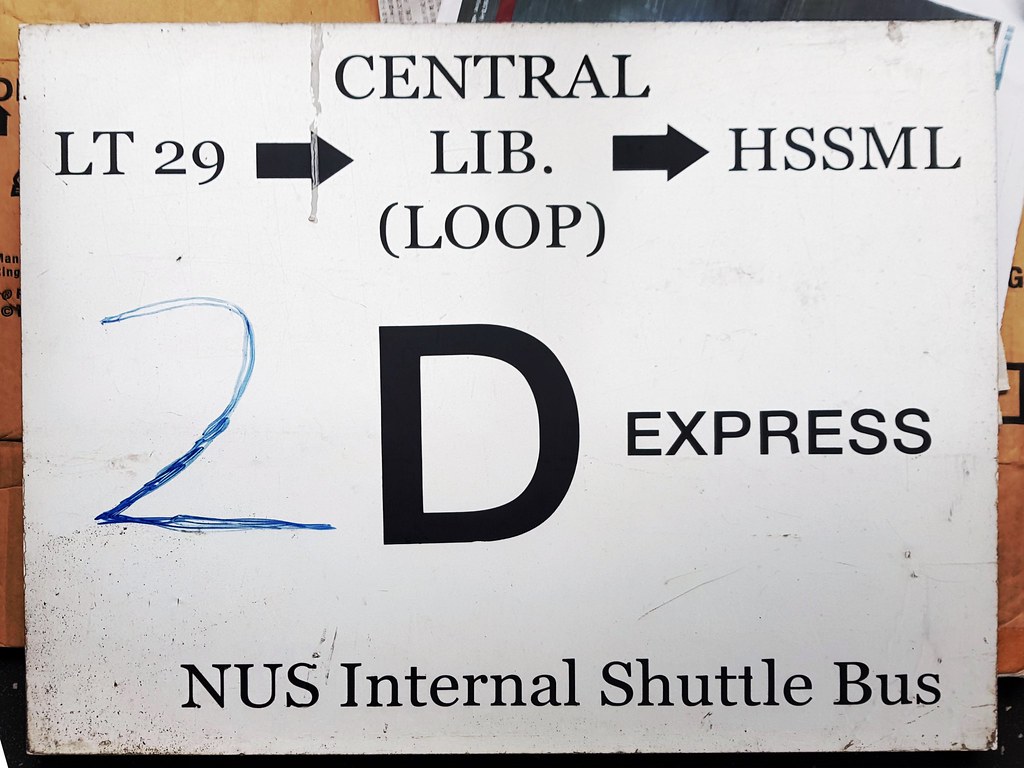 LT29 refers to the stop at Faculty of Science, which is now called LT27. The Central Library refers to the same stop (although its location did change). The HSSML bus stop here is the bus stop that served BIZ2 – originally, HSSML and Opp HSSML were a pair of bus stops opposite each other. In 2007, the HSSML stop was shifted to BIZ2 to facilitate the construction of a carpark entrance.

Based on this, we can confidently conclude that this board is an original 2006 Service D board. I have tracked the history of D in this article; after the opening of UTown in 2011, D changed from being an express bus to the UTown service, and so there were substantial changes to the routing even though it still started and looped at the same places.

Now, D1 and D2 have been split into entirely different services, while A1E and A2E serve the role of express buses.