TLDR: If you suspect you lost something on the NUS internal shuttle bus, go to the bus operator office at PGP or call +6565161717 (Office of Campus Amenities) during office hours.

Recently, someone I know left a matric card on the shuttle bus. Don’t laugh, we’ve all been there before (I mean misplacing our matric cards, not always on the bus).

Since I had a free day, I headed to the origin of the bus route and did some really unorthodox things (okay, I just talked to the drivers on break) to figure out and track down where the card was. But over the course of the day, I learned all about the process of dealing with lost and found items on ISBs.

According to the staff and bus drivers I spoke to, there is actually a systematic way of handling these lost and found items. It’s just not what you might think it is, and students ought to know it.

Do the drivers check the bus?

The first step in the process involves the bus driver going through his bus at the end of a trip. By right, our bus drivers are supposed to clean up their bus and go through it for lost belongings before they tap their card to start a new trip.

Of course, they don’t always spot it. If we ourselves dropped our item into a hard-to-see spot, it would be hard to see for them as well. Nevertheless, they try their best to look out for anything left behind, and then deal with it according to protocol.

If you yourself spot a lost item in the bus, hand it to the driver or place it on the shelf area behind him while letting him know of the item. He will deal with it according to protocol.

What is the protocol?

Now if a bus driver has lost and found belongings in the bus, his protocol is to hand it to the bus company office at Prince George’s Park as soon as he can. That’s the office of his boss, whom he reports to. Regardless of where the terminal of the route is, the protocol is to send the item to PGP.

The office is located right behind the bus stop bench. At this office, the bus company staff will either hold on to the belongings, or if they are deemed to be valuables (eg. wallet full of money), they will be handed to the Office of Campus Security nearby.

Belongings unclaimed from the office after two days will be handed over to the Office of Campus Amenities. Presumably, at but not before this stage, matric cards are turned over to the Student Service Centre.

So I left my stuff in the bus. How?

The current expectation (as of January 2019) is for students who have lost belongings to directly approach the office at PGP during office hours. The door looks imposing, but just knock politely and wait for someone to open it. 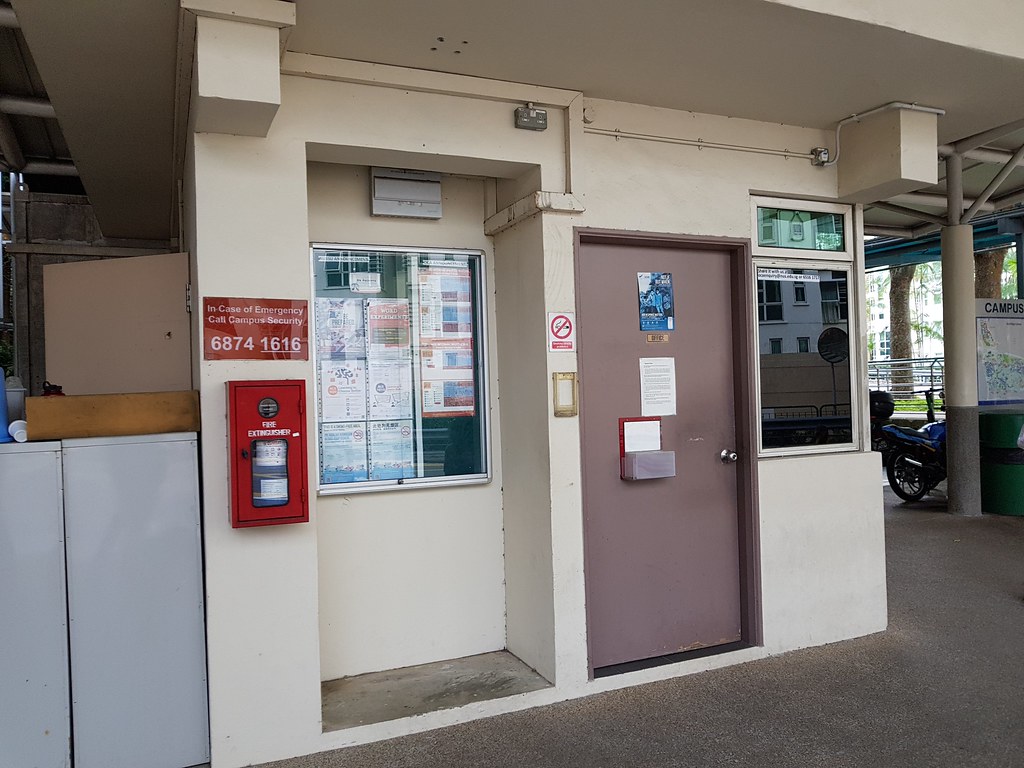 The staff will ask you a few questions about your lost item to verify that you are the true owner. Knowing the route you were on, the time you rode and the bus plate number certainly helps in this case. Of course, if it is your matric card, you can quote your matric number.

For instance, in the case that I helped out, the person lost the card during a ride on BTC1 in the morning. The driver didn’t actually notice the card as it fell in between the seats, and went on to do B1/B2 rounds after finishing his BTC2 trip. It was during a B2 trip that an honest passenger handed the card to him.

In this case, if it weren’t a card, it would be difficult for the owner by right as the ride was BTC1, but the item was discovered when the bus was doing B2. Fortunately, I had obtained informal testimony from the driver who recalled the incident, and thus confirmed the identity of the bus involved.

If the item has been handed over elsewhere, the friendly staff will let you know who it has been passed to.

Can this be improved?

I suppose so. I wasn’t able to confirm that the PGP office keeps records of all lost and found items – I presume they do informally, but I have yet to see evidence of a database. A good record-keeping system which notes the driver, plate and route as well as the claimant might be good to account for items better.

The process of handing items over after PGP could also be better streamlined. Non-valuable items are handed to OCA after a while, but it doesn’t quite make sense to have this many possible tracks for found items. Perhaps turning everything over to OCS might be a more simple solution.

It sounds tempting to suggest that items at the office be shipped off to Student Service Centre immediately, but we must remember that not all passengers are necessarily students. Since all sorts of non-students can ride our buses, it can be inconvenient to expect members of the public to head there or queue with students.

What we need, regardless, is better publicity to students of where their lost and found items go. So remember, if you lost something on a bus, the place to go is PGP. If your item isn’t there, the people where will at least know where it went!